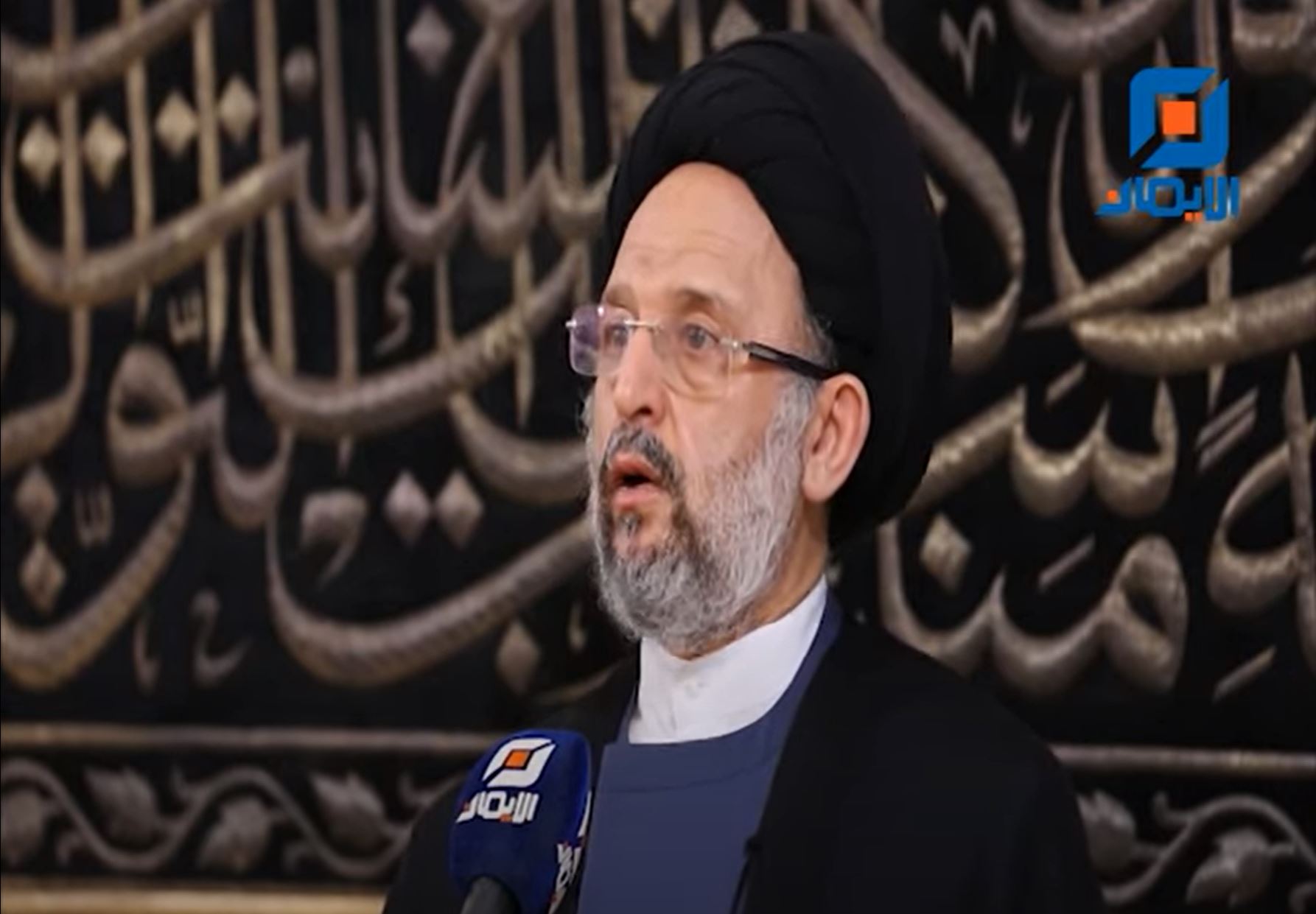 Allah, The Most Exalted, says in His Glorious Book: Among the believers are men true to what they promised Allah. Among them is he who has fulfilled his vow [to the death], and among them is he who awaits [his chance]. And they did not alter [the terms of their commitment] by any alteration –

We commemorate on the 20th of the month of Safar the anniversary marking the fortieth day of the martyrdom of Imam Al- Hussein(a.s.). This is the anniversary we go back to every year to express our love to the Imam and our readiness to make all sacrifices to achieve the goals he rose for in his blessed revolution. This revolution that has inspired numerous others as time passed. One of the first revolutions that was inspired by the Husseini revolution was that of Al- Mukhatar Ath-Thakafi that came to retaliate for what took place in Karbala.

This revolution was one of the most significant responses to the martyrdom of the Imam and his companions in Karbala. Al-Thakafi explained right from the start that its goals were to avenge    the death of Imam Al-Hussein and the other Karbala martyrs. For this goal he raised the slogan of vengeance for Al-Hussein.

Ath-Thakafi was one of dignitaries of Kufa and one of the followers and loyalists to Ahl-Beit. He opposed the Umayyad ever since Muawiyah became a ruler and had, thus, to suffer in their prisons … When Imam Al-Hussein(a.s.) rose and announced that he wanted to come to Kufa, Ath-Thakafi declared that he supported the revolution and adopted its slogans.

When Muslim b. Akil came to Kufa to gain supporters and prepare for the revolution, he stayed in his house. The mission of Muslim almost succeeded, were not that Yazid sent Ubaidallah b. Ziad who poured money on the heads of tribes and raised fear from the Umayyad army which led to the martyrdom of Muslim…Al- Mukhtar had to hide, but he was caught and imprisoned until after the martyrdom of the Imam. Thus, he could not have joined Al-Hussein. Moreover, He could not have got out of jail had his brother in law, Abdallah b. Omar, not interfered. Yazid agreed to free him provided that he leaves   Kufa. So, Al-Mukhtar left to Hijaz , but he continued to   follow up what was going on in Kufa. Then, when he felt that the atmosphere there was ready for revenge, he went back to the city. There, the Tawabeen revolution had already started but he preferred not to join it, for he felt that it was not well planned, and because he opted for punishing the murderers in Kufa and not head to Ash-Sham as they proposed.

When the Tawabeen revolution ended by the killing of its leader by Yazid’s army, the people of Kufa pledged allegiance to Al-Mukhtar on the basis of vengeance to the martyrs of Karbala. He began by ousting the governor of Kufa. Then he announced that those who stayed in their houses would be safe except those who took part in killing the Imam. He, then, killed all the murderers he could reach, including Ubaidallah b. Ziad and Omar b. Saad and Shumr b. Ziljushin. And by this the revolution ended with the punishment of those who killed the Imam. However, vengeance here is not simply an act of retaliation; it is the just punishment of those who practiced corruption in earth.

Yet, before we finish our talk, we are going to shed light on some of the lessons of this revolution:

The first lesson: tyrants, criminals and murderers have to be punished so that they will not feel safe and to hold them accountable for their deeds in this world before the next one, so as not to let crime expand and deter every killer, before he endeavors to commit his/her crime.

The second lesson: punishment should neither be arbitrary nor on mere suspicion. It has to be based on justice which is done by the religious and civil courts. Only the murderer should be punished, not any member of his family, tribe or sect… And this is what Imam Ali clearly said when he was stabbed by Ibn Maljam and felt that he was going to die: O sons of ‘Abd al-Muttalib, certainly I do not wish to see you plunging harshly into the blood of Muslims shouting “Amir al-Mu’minin has been killed.” Beware, do not kill on account of me except my killer. Wait till I die by his (Ibn Muljam’s) existing stroke. Then strike him one stroke for his stroke and do not dismember the limbs of the man, for I have heard the Messenger of Allah (p.) saying, “Avoid cutting limbs even though it may be a rabid dog.”

The third lesson: No matter how long oppression lasts, it will not continue. This is one of the norms Allah has set for this universe:. And those who have wronged are going to know to what [kind of] return they will be returned. But Allah wanted this to be accomplished by the people of right and justice … Those who are ready to sacrifice and pay the price, for this will not be attained for free… It requires hard work and sacrifices.

This fact has been confirmed by in the past and the present and it will be Allah willing confirmed in the future.

Worshippers of Allah, The Most Exalted: I advise you and myself with the will (advise) of Imam Al-Hussein(a.s.) to his son, Imam Zein Al-Amidein (a.s.), before he was martyred, knowing that this is his will for all of us. In that will he advised him not to wrong who do not find anyone to support them other than Allah. Imam Al-Hussein was advising us not to benefit from our power or position to wrong those who are of less power or position. The employer should not wrong his employees, nor should the teacher wrong his/her students or the husband his wife or the parent his/ her children. This is one of the most severe kinds of oppression and that would receive the toughest punishment when people stand before Allah in the Hereafter. Allah, as he had promised, is the supporter of the oppressed and He will never let them down. By taking this advice, we will build a society that is ruled on the basis of justice; a community that is strong and capable of facing challenges.

We begin by Lebanon, which is taking fast steps towards   a total collapse on all levels, while the Lebanese are waiting for the political parties to be “kind” enough to form a government that is capable of stopping this collapse or at least reduce its effect on them. In general, these parties continue to hold on to their stances while the gates of dialogue continue to be closed. All of them are waiting for a change in the balance in their favor, or what is going to happen in the region or in the American elections.

In this political atmosphere, the call of the President for parliamentary consultations opens a window for a solution and puts the political parties before their responsibilities.

We call on the political parties to benefit of this remaining chance    to commence the consultations and end the state of standing still and form a capable government that can get the country out of this existential danger in a way that the previous failed experiments are not repeated, for the country cannot be ruled be exclusion or domination.

Meanwhile, we hope that the stances some political parties   of political openness took would carry some positive inclinations in this respect.

We say to all political parties that you do not have the luxury of time, for the country cannot wait. You have to hasten to conduct dialogue   and perform the reformatory steps that convince the world that you are worthy of running your country so that it will help you.

At the same time, we are afraid that the country is in the midst of collapse health wise, after its ability to confront the pandemic is daily decreasing, in view of the   dangerously alarming numbers of the coronavirus infections despite the recent lockdown measures, which means that the citizens should be more vigilant and committed to the protection measures, as well as deploying all the government’s capabilities in the health sector.

It is regretful that some are still not convinced enough   by the dangerousness of this virus, the repercussions of its continuance to increase at the same pace or the insufficiency of available beds in the public and private hospitals, to abide by the measures needed to fight it.

In the meantime, the living conditions continue to worsen, with the rise in the price of the dollar and the monopoly of some merchants to certain commodities, including medication and fuel, with all that talk about ending the subsiding of their prices. This calls for a decisive intervention by the officials and by the people as well. Lastly, we feel, along with all Lebanese a deep sense of worry, towards the security chaos that has sprung up in more than one region, cases of random shooting, revenge actions, theft and others. This calls for the intervention of the state and all effective political parties so that they will not aggravate ant move from one region to another.

Piety and the fear from Allah