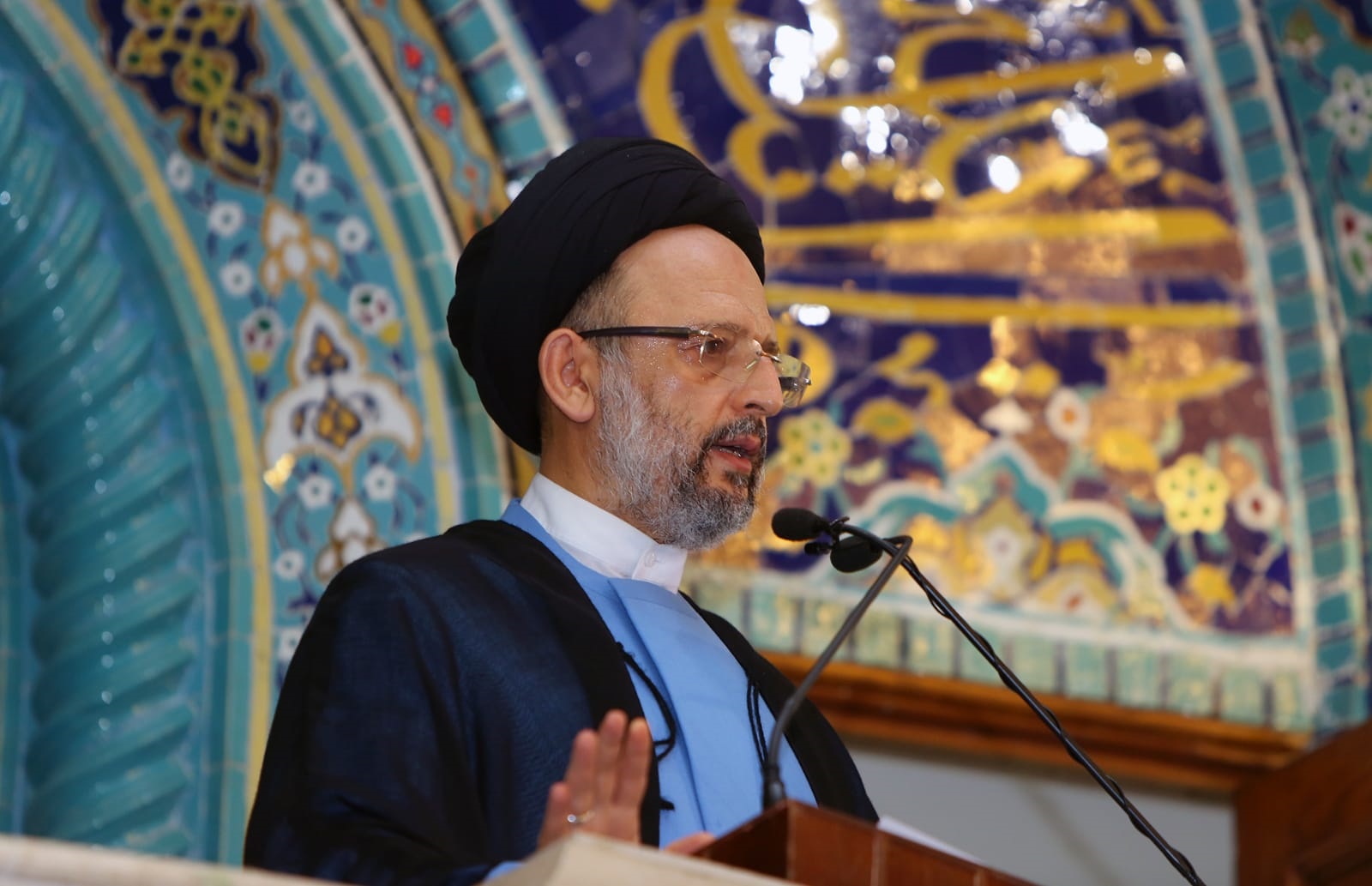 Allah, The Most Exalted, says in His Glorious Book: Indeed, We have given you, [O Muhammad], a clear conquest

And [that] Allah may aid you with a mighty victory. Allah, The Most Exalted, speaks the truth.

• On the first of Zul Qida year six after Hijra, the Messenger(p.) called on the Muslims to perform Umra with him. The Muslims felt delighted , but they were astonished , since the Quraish that fought and persecuted them was still dominating over Mecca. Nevertheless, Allah, The Most Exalted’s guidance made them respond to his call and 1400 companions travelled with him. The Messenger(p.) aimed to make this a peaceful march. That is why he told his companions not to carry any weapons except that the one that is usually carried in the desert to prove to Quraish that they aimed to perform Umra and not to open Mecca. On the way, he sent one of his companions to find out how Quraish reacted to his move. The companion came back to tell him that Quraish was prepared to prevent them from entering Mecca. And that it had sent two hundred knights led by Khalid bin Al-Walid who were on their way to do that. This did not prevent the Messenger (p.) from continuing his march, but he decided to take another road that is different than the one Khalid was taking, which would lead him to Hudaibyah that lies on the borders of Mecca. He stopped there, and decided to send Uthman bin Affan to Quraish to explain what he aimed at and prevent it from thinking of any other motives they might imagine that he had had.

But instead of dealing with the Prophet in the same manner, Quraish detained his messenger and it was spread among the Muslims that he had been killed.

Faced by this extreme drastic development, the Messenger(p.) called his companions for a meeting and asked to pledge an allegiance to fight with him if Quraish decides to go to war. This shows the respect the Messenger (p.) had for his companions: He had called them in the beginning to perform Umra in peace. Now that things had changed, he had to ask them to pledge to fight with him. The news of the to fight reached Quraish and that the Muslims had vowed to fight with the Messenger(p.) until death. Quraish felt that it made the wrong decision as fighting would engage it in a war whose results were not guaranteed , having lost in the battles of Badr and Ahzab although the Muslims were then much fewer in number. It decided to free Uthman as a gesture of good will and sent an envoy to negotiate with the Messenger (p.) on the terms of entering Mecca. These negotiations led to the agreement that stipulated the following terms:

Firstly: Quraish pledges not to wage war against the Muslims for ten years in which the latter would be safe and enjoying full freedom to call for Islam.

Secondly: The Messenger(p.) and his companions would be allowed the following year to perform Umra freely and safely.

Thirdly: if anyone of those with Quraish comes to Muhammad without the permission of his guardian he will return him to them; and if anyone of those with Muhammad comes to Quraish they will not return him to him. This term aroused a wide controversy among Muslims to the extent that one of the companions asked the Messenger (p.) : why should we accept such humiliation?” But the Messenger (p.) accepted this condition after Quraish insisted on it, because he knew that whoever embraces Islam will not recant and will resort to patience until Allah, The Most Exalted, finds him a way out. On the other hand, the Prophet was sure nobody who embraced Islam would go back to Quraish, which actually proved to be true.

Once the truce was signed the following Ayats were revealed to ensure that what had taken place was a mighty victory: Indeed, We have given you, [O Muhammad], a clear conquest

And [that] Allah may aid you with a mighty victory.

The following months proved this to be true. The treaty created in the battle of Islam with Quraish and polytheism a new stage in which they gained the upper hand . The period of truce that was stipulated in the treaty gave the Messenger(p.) the freedom of movement that made him capable of opening up on the world with people embracing Allah’s Way in crowds, and opened the way to the conquest of Mecca…

Lessons derived from concluding the treaty:

Firstly : the respect of Islam to the agreements and the pledges it makes , even with those who break them such as Quraish:

It was during this time while the treaty was being written that Abu Jandal, Suhail’s son sought to join the Muslims as he had embraced Islam . Suhail asked the Prophet to give him back his son in accordance to the treaty. The Prophet’s heart welled up with sympathy, but he wanted to honor his word at all costs. He consoled Abu Jandal and said, "be patient, resign yourself to the will of God. Who is going to provide for you and your helpless companions relief … We have concluded a treaty of peace with them and we have taken the pledge in the name of God. We are, therefore, under no circumstances prepared to break it."

The second lesson: The Treaty altered the image of Islam that Quraish sought to spread among Arabs: that Islam is a religion of war and confirmed through practice that it is one of peace…

The last Lesson: Allah, The Most Exalted, has kept His promise to theMessenger(p.) which He made for him before the Treaty : Indeed, Allah will fulfill His Messenger’s vision in all truth: Allah willing, you will surely enter the Sacred Mosque, in security—˹some with˺ heads shaved and ˹others with˺ hair shortened—without fear. He knew what you did not know, so He first granted you the triumph at hand. And this is what actually happened. And He would always keep His promise of victory for us if we strive for His cause…

Worshippers of Allah, The Most Exalted, I advise you and myself with God’s advise to us when He said: Know that the life of this world is but amusement and diversion and adornment and boasting to one another and competition in increase of wealth and children.

Dear loved ones: we are in a dire need not to be deceived by this worldly life and understand its reality, which will make us more aware, responsible and ability to confront challenges:

We begin by the Lebanese daily suffering to secure their most basic needs of food, medications, hospitalization, electricity, water and transportation.

It has become clear that this suffering is the result of the skyrocketing in the price of the US Dollar and the greed of those who control the food, medications and fuel markets and enjoy a cover that protects them from any accountability and control.

Meanwhile, the government which is supposed to be responsible for its citizens is totally absent and all what it does is providing mild sedatives.

Faced by this tragic reality that the Lebanese are no longer able to tolerate, we renew our call to the newly elected representatives in the parliament to make every effort to bear their responsibilities, whether on the level of legislation, overseeing or choosing the government members or the head of state.

We say to them: the time is not a time for conflicts, scoring points, muscle flexing on media outlets or calling for enhancing sectarian affiliations that have widened the rift between the Lebanese and that facilitate foreign interference. It is the time for saving a collapsing country from the dangerous impasse it has sunk in.

We say to them that they have to be aware that the Lebanese did not give you a full power of attorney to act freely. They gave you a limited one to work hard to realize the promises you had made whether those related to protecting the country from the enemy that continues its aggressions on its land, sea and air and seeks to usurp its wealth or eliminating the corruption and waste that made it reach its current tragic situation.

Moreover, we believe that the parliament will not be able to play the role it should, unless they join hands and forget their past differences , tensions hate rhetoric and partisan or personal calculations.

In Palestine, which has presented a role model in the heroic confrontation of the Zionist aggressions in The West Bank and Jerusalem, we would like to hail the women, men, children and the elderly of this people and call for supporting them to enable them to stand firmly in their land and defeat its plots…

Lastly, we would like to commemorate the anniversary of the death of Imam Khomeini. This Imam who renewed the image of the Islam that is open to life and age, and called on the Muslims to unite and the religions to cooperate and the downtrodden to stand united against the arrogant. He also warned the Arab and Muslim worlds to the dangers of the presence of Zionist Entity in their heartland and called on them to unite against it. He also led Iran to stand with all the downtrodden nations, regardless of the dire costs the Islamic Republic would have to pay…

How to save ourselves in the Hereafter 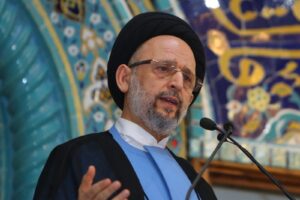