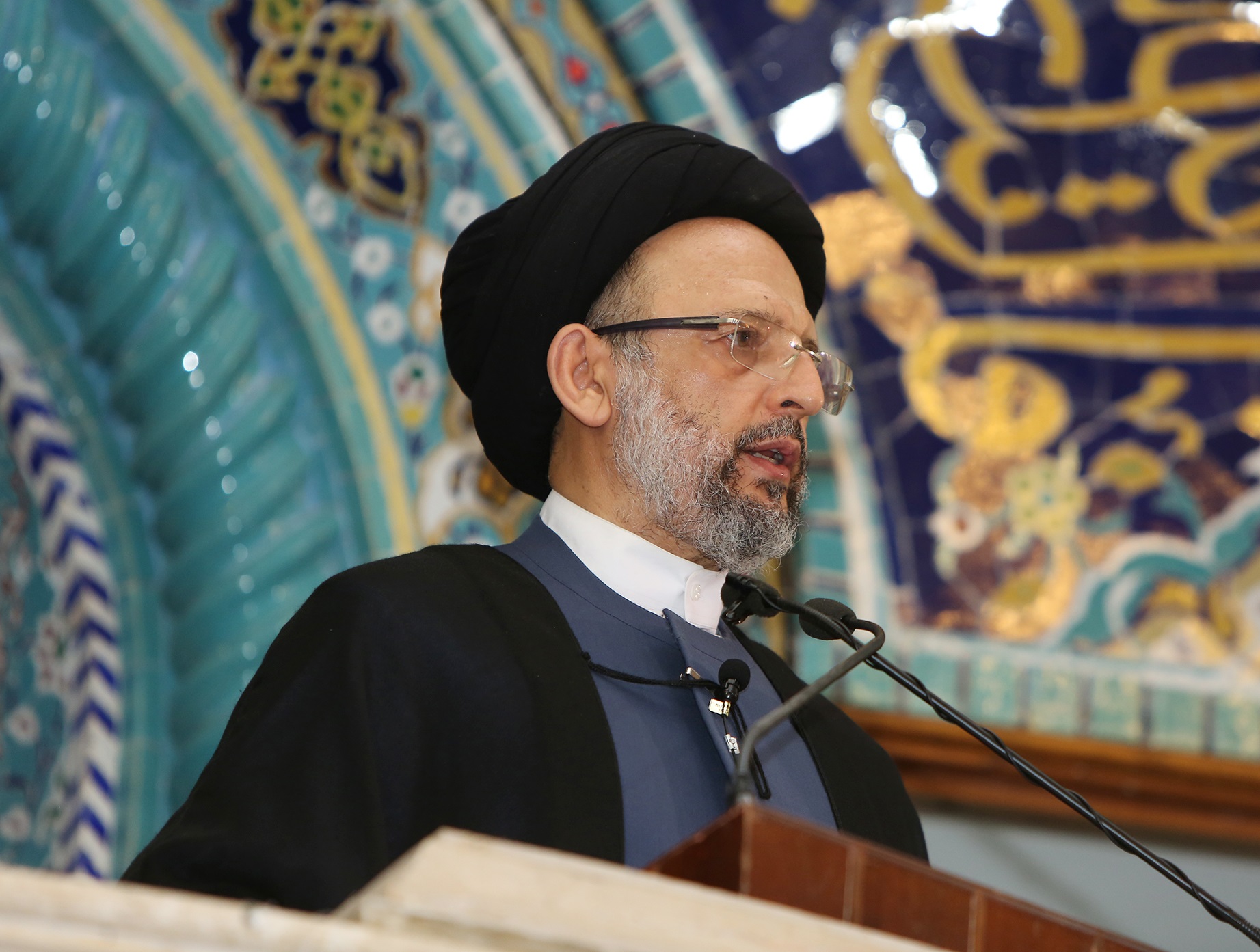 Allah, The Most Exalted, says in His Glorious Book: Whoever does righteousness, whether male or female, while he is a believer – We will surely cause him to live a good life, and We will surely give them their reward [in the Hereafter] according to the best of what they used to do. Allah the Most Exalted says the truth.

One of the most prominent features that distinguish the believer and one which Allah, The Most Exalted, promised the best reward for, is his constant smile at all times , even when his heart is full of sorrow. The Messenger(p.) says : “A believer’s smile is on his face and his sadness is in his heart.” He also told us that Allah, The Most Exalted, loves smiling faces . And he pointed out that it is one of the things that will make Paradise incumbent upon him : There are three things which if a person performs even one, Allah will make Paradise incumbent upon him: to give charity when one is needy oneself, cheerfulness with the whole world, and being just in spite of one’s self.

Imam Ali (a.s.) said: When you meet your brothers, shake hands with them and show them cheerfulness and joy; thus when you part company all your sins will have gone. The Prophet(p.)  even considered the smile as an act of charity  that  has  its consequences and reward . By doing this, the Messenger (p.) broadened the scope of charity  to include any kind of giving and not only money. He said: Your smiling in the face of your brother is charity, commanding good and forbidding evil is charity, your giving directions to a man lost in the land is charity for you. Your seeing for a man with bad sight is a charity for you, your removal of a rock, a thorn or a bone from the road is charity for you…”

Smiling is also the   approach   the Messenger (p.)  used to meet with his companions and all people. He used to smile always even to those who hurt him. It is reported that he was once walking and wearing a Najrani shawl with a rough edge. All of a sudden, a bedouin came up behind him, took hold of the shawl, and pulled it with great force that left a mark on the Prophet’s neck, and said:

“Muhammad .Give me some of Allah’s money which is in your possession!”

The Prophet looked at him, smiled and instructed that he be given something.

All this is because of the effect of the smile has on life. It is in itself a message of love that opens the hearts of people on each other and helps to defuse anger and tension…

Several  individuals, families communities and people have reconciled owing to a smile.   Differences between wives and husbands were solved by smiles; friendships were formed by smiles and people were guided by smiles. And they even helped sick people to recover, and people to sustain a living.

Yet despite all the teachings that encourage and urge   , smiling , we find that  many believers   are too stingy to smile  although  it costs them  practically nothing.

Dear loved ones: In the midst of all these tensions and crises we are living in on the economic level and political instability, we are in a dire need to the humane and altruistic  people  that  spread through their smiles , hope and optimism in life. These are the people that build and grow life and not those who spread depression, anxiety and despair. Husbands and wives, children and parents, employers and employees, teachers and students, doctors and patients and of course clerics and those whom they  guide  should  always smile to one another. For  when you smile to a loved one  he will feel mercy and affection and if  you smile  to an enemy he will feel remorseful and if you smile  to whom you do not know  you will open his heart  and if you smile to yourself you will gain more self-confidence … It is a gateway to guidance and a key to hope.

Yet, there some people who are always grim, believing that smiling undermines their awe before others. Those people are wrong, for a sincere smile does not contradict seriousness. There is no one more serious, sober and respected than the Messenger(p.), yet he was never  seen except smiling. The Hadith  that says   that  the Prophet (p.) commanded us to meet the sinners with stern faces  and other  similar ones are but the exception. The rule of calling for God is opening the people’s hearts with good words, smiled that are blended with love  and with the style that enters the hearts  and this is how Allah, The Most Exalted, describes His Messenger  It was by the mercy of Allah that You were  lenient with them (O Muhammad), for if you had been stern and fierce of heart they would have dispersed from round about you.

Thus, dear loved ones, we ought not to be seen but smiling, whether in the streets, at work, at homes and everywhere, even when we were sad and anxious. The believer believes that the way to God passes through bringing  happiness to people whose route begins with a smile.

Worshippers of Allah, I advise you and myself with the advice the advice the Messenger (p.) gave to Abu Zar: Oh Abu Zar! Would you like to enter heaven? I said, “Yes, may my father and mother be sacrificed for thee.” He said (s) , “So cut your hopes short and put death before your eyes and feel shy of Allah, the shyness due to Him. Let us follow the advice of the Messenger(p.)  for it is the way that takes us  to Heaven, so that we will be more aware , responsible and able to face  challenges.

We begin by Lebanon, in which the economic collapse, which is demonstrated by the unprecedented and ongoing rise in the price of the dollar and that of all commodities including medicine and fuel continues. This has made more than 80% of the Lebanese poor and 34%  of them under the poverty line, according to  a UNICEF  report.  Immigration from Lebanon is on the rise and many have tried to migrate through boats preferring to die   in the sea rather than dying every day in their country.

Nevertheless, the most dangerous aspect of the Lebanese suffering is that it reached the Lebanese army and security forces , driving them  to  appeal to world powers for aid to help them  survive, as soldiers might  desert,  which would have a strong impact on  their independence and free decision.

All this happening at a time the  government  impasse  continues ,  for  no practical steps have been taken  to resume the cabinet meetings despite all  the talks about   the positive atmospheres ,while  it seems that Lebanon  is no longer  a priority  with respect to the  external powers  that Lebanese usually expect to  resolve the differences  between their  political parties and  provide economic aid ,as  they wait for the developments   the Lebanese  elections might  come up with on the political  front , or the  results of the negotiations in Vienna  or any other  regional  breakthrough…

Thus, we feel that we have to repeat what we had previously said: the Lebanese have no other option but to endure this difficult situation and join hands to confront it.   Their anger should not lead them to go back to the means they had already tried and proved inefficient and would only increase their suffering, and might destabilize the security reality. They should resort to the ballot boxes, but this time they should not vote for  the corrupt  who have led the country to this catastrophe,  unless they   commence reform and  prove through  their actions that they are not going  back to their   previous practices.

We also call the political parties and the religious leaders to stay away from tense and fiery rhetoric when dealing with political issues, for it has a negative impact on the street, press and social media. They should adopt an objective and rational rhetoric, being the only way to solve problems and bring the religious sects and political parties   together.

As for the investigation of the port blast that we are experiencing nowadays its dangerous consequences, we call for a serious dealing with   this issue   that will reach to the truth regarding what happened  and keeping it away from any foreign or domestic interference. Furthermore we would like to commend    the Russian step of providing the satellite pictures before and after the blast, hoping that will help in advancing the investigation…

As for the public health, and with the big increase in the price of medications, we renew our call for   studying the means that would decrease the price of medications and hospitalization by importing medicines  from the countries that offer  good medicines at a lower price and by   making them available  free of charge  at the health care centers to  make them available to the poor.