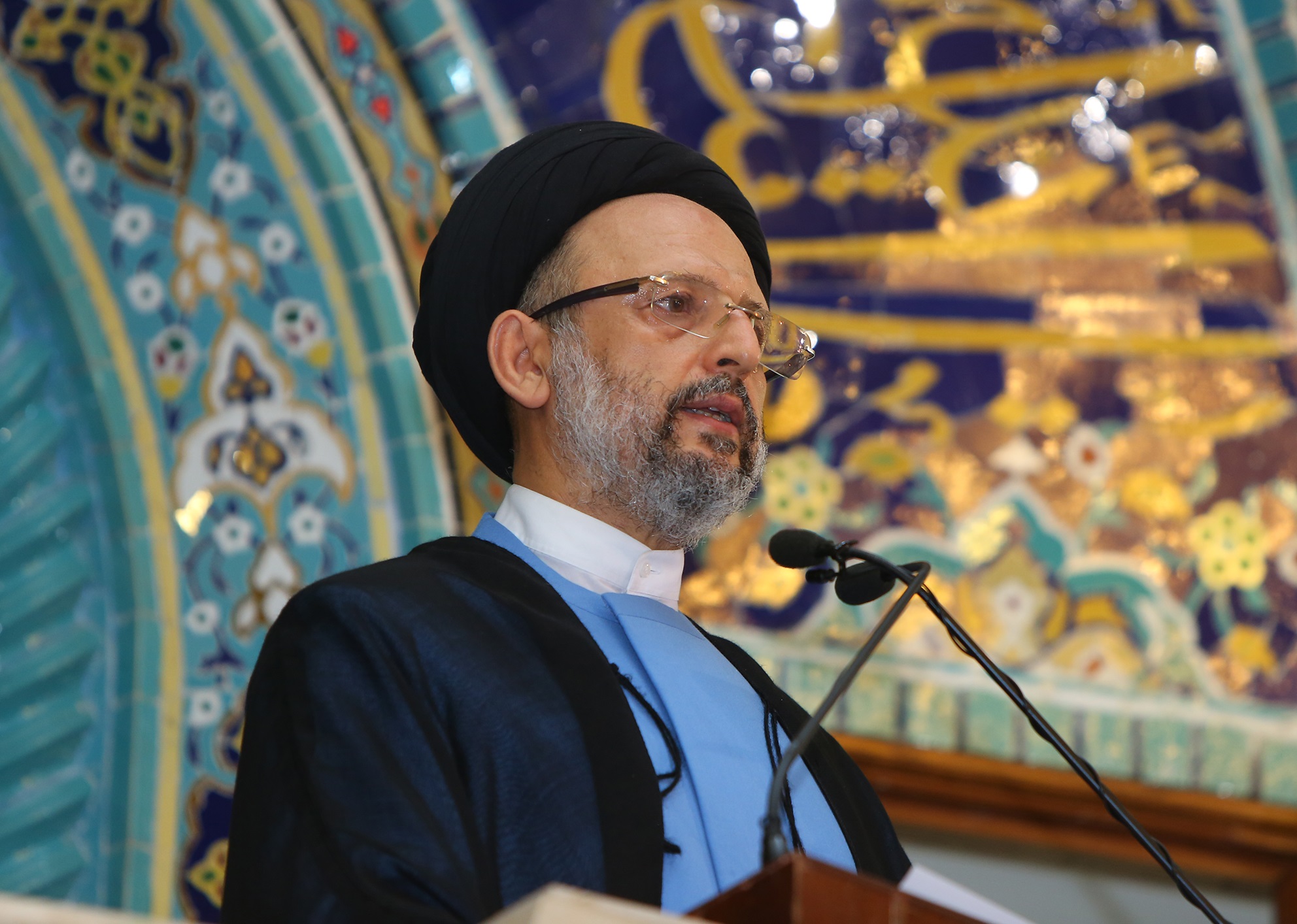 In The Name of Allah, The Compassionate, The Merciful.

Allah, The Most Exalted, says in His Glorious Book: There has certainly come to you a Messenger from among yourselves. Grievous to him is what you suffer; [he is] concerned over you and to the believers is kind and merciful. Allah, the Most Exalted, speaks the truth.

We meet on the 17th of Rabi al-Awal with the blessed anniversary of the birth of the Prophet of Mercy, the Leader of Good and the Key to Blessing, Muhammad bin Abdullah (p.) who was chosen by Allah, The Most Exalted, to be the most perfect example in his knowledge, worship, morals, wisdom, justice, courage, modesty and love of people and lead the people out of the darkness of ignorance , backwardness and fanaticism to the light of belief and openness . Allah, The Most Exalted, says to him in the Holy Quran: Prophet, indeed We have sent you as a witness and a bringer of good tidings and a warner.

And one who invites to Allah , by His permission, and an illuminating lamp and And We have not sent you, [O Muhammad], except as a mercy to the worlds. He also says: It is He who has sent among the unlettered [Arabs] a Messenger from themselves reciting to them His verses and purifying them and teaching them the Book [i.e., the Qur’ān] and wisdom [i.e., the sunnah] – although they were before in clear error – That is why he was taken care of and   educated by God, from the very day he was born. Allah, The Most Exalted, says:

Did He not find you an orphan and give [you] refuge?

Did He not find you unguided then guided you?

And He found you poor and made [you] self-sufficient. And  ensured that he possessed sublime morals : And indeed, you are of a great moral character.

Today, we will seize this opportunity of his blessed birth to point out to some of his stances:

The first  stance : when  a Jew swore by Musa  as the one chosen by Allah, The Most Exalted,  to be the best of mankind,  and a companion  protested  since Muhammad was obviously the chosen one . The Jew went and complained to the Prophet for he was sure of his justice.  The Prophet was angered and he gave a speech in which he   ordered the believers not to differentiate between the prophets.

He did nit accept that even if it was in his favor.  We are in a dire need to this guidance to protect our reality from many of the problems which are caused by   differing on who is the better prophet or  whether  the Imams are better or the prophets… which leads to fights. The Messenger(p.)  Tells us to leave this and be concerned with our responsibilities .

The second stance: A Jew who hated so much Muslims and had a great envy towards them became angry when he saw their unity and brotherhood of the tribes of Ous and Khazraj , after being enemies in al-Jahiliyya. So he sent people to them to initiate fighting by reminding them of  their battles before the advent of Islam until they went out about [making calls for war,] crying: ‘weapons, weapons’. The Prophet of Allah, The Most Exalted,(p.) heard of that and he came out to them and said :“O Muslims, …How could you do this while I am still among you, after Allah guided you to Islam, and honored you with it, adding that it had saved and unified them and made them brothers?” The people knew that it was the work of Satan and started crying and hugging one another.

The third stance : when one of the companions of The Messenger(p) (Ossama bin Zaid who was very close to the Prophet) came to intercede for a woman from Bani Makhzoum, one of the most prominent tribes of Quraish, who stole, he  became very angry and gave a speech  at  the mosque in which he said:

What destroyed those who became before you was that if the noble amongst them stole, they would leave him, and if the weak stole they would inflict the penalty upon Him. By Allah, if Fatima daughter of Muhammad stole, I would cut off her hand. The Messenger(p.)  wanted to establish  to the Muslims  the fact that there no exceptions in Islam when it comes to  implanting the law. All people whether rich or poor, nobles or commoners… and even believers and unbelievers are equal before the  law.  Justice is not subjected to kinship, patronage and nepotism or any other consideration. Allah says: O you who have believed, be persistently standing firm for Allah , witnesses in justice, and do not let the hatred of a people prevent you from being just. Be just; that is nearer to righteousness. And fear Allah ; indeed, Allah is Acquainted with what you do.

All these stances tell us when the Prophet used to be angered. He did not become angry when he was personally hurt. That is why he was not angry when he was thrown at with stones or when someone pulled his garment in a way that hurt his neck and asked him to give some money, but ordered to give him some.   He also was not angry when he opened Mecca and stood before those who hurt him and conspired to kill him and killed some of his most beloved, but he set them free… But he used to get angry for anybody who was wronged, or for any blood that was wrongly spilled or for any violation of the Islamic law …

Let us promise the Messenger(p.) on his birthday  that we would be following him in filling our hearts with love and mercy and would not get angered for any worldly affair, but only when we see  a lost right , an oppressed nation,  or poor people that cannot afford to buy their daily bread… And then we would not calm down until we restore the right or end the oppression.

Worshippers of Allah, The Most Exalted, I advise you and myself, with the advice Imam  Ali (a.s.) gave Malik al-Ashtar when he sent him to Egypt : “You should avoid self-admiration, having reliance in what appears good in yourself and love of exaggerated praise because this is one of the most reliable opportunities for Satan to obliterate the good deeds of the virtuous.

Avoid showing (the existence of) obligation on your subjects for having done good to them or praising your own actions or making promises and then breaking them, because showing (the existence of) obligation destroys good, self-praise takes away the light of truth, and breaking promises earns the hatred of Allah and of the people. Allah, the Glorified, says: Most hateful is it unto Allah that you say what you (yourselves) do (it) not.

Dear loved ones: These are the advice of Imam Ali (a.s.) to his Wali . They are the advice for every ruler and civil servant, and they are, thus, advice for us to become  more aware and more able of confronting challenges.

We begin by the painful incident in Taiyoune , which the Lebanese, especially the families of the victims, are still  impatiently waiting for what the investigation will lead to, to  learn the truth and puish all those responsible for the massacre that  could have turned into a civil war had it not been to the patience of the people and the wisdom of the  responsible leaders.

In this respect, we stress the need for the judiciary to be serious and transparent, away from any politicization and sectarianism to ensure that justice would be done and that what happened would not be repeated and that nobody is targeting any particular region or sect.

We hope that what happened would make the political parties aware of the dangerousness of using arms to deal with the problems that might emerge between them in which no party will win even if he imagines so.  Thus, we call all these parties to   deal with any such problem through dialogue and in a rational and peaceful manner… We also call on all those who have media or social outlets to have mercy on the Lebanese nerves, stability and security, by resorting to a balanced  and objective rhetoric and  not create a tension which will benefit only those who seek to incite strife whether for their benefit or for the benefit of foreign parties. The Lebanese ought to know that their only option in this country is to cooperate and join hands. Some have tried the politics  of exclusion or relied on the  support of internal or external parties against their own compatriots, but this led to catastrophes that Lebanon still suffers from its results.

Meanwhile, the election season has started, which regretfully means  an escalation of the political and sectarian rhetoric  and exchanging   accusations… to make people forget about  their sufferings and return  to their sectarian affiliations  so that they would elect  on instinctual and sectarian grounds, not on rational ones that would hold accountable those who  wronged, and choose who will   lead them to a better future.

In the meantime, the living crises of the Lebanese return to the forefront, especially with the increase in the price of the dollar, fuel, medication, hospitalization, electricity and food items that the Lebanese can no longer endure. Moreover, no solution appears in sight due to the internal   impasse and having become clear that the foreign powers are not ready to provide any aid  that might help in solving some problems. Moreover, the funding of the rationing cards is not available and might not be available.

Faced by this difficult reality, we warn all those in power from continuing to deal coldly since it began to empty the country from its citizens to escape from the extreme poverty they would have   to tolerate if they have to live in this country. 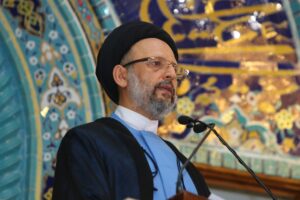 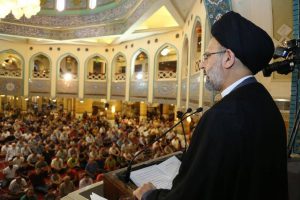